Head of the complex (airport) «Levashovo» 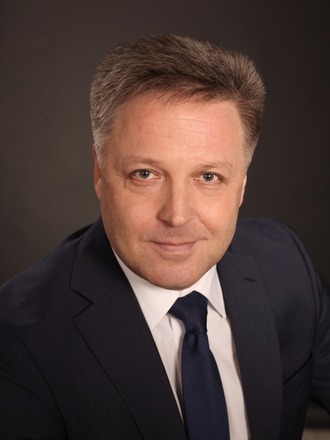 Oleg Tsepilov was born in Chelyabinsk on February 2, 1966.

He graduated from Kiev National Aviation University with a specialization in “Aircraft and Engine Operation, Mechanic Engineer” in 1989. He graduated from Tyumen State Oil and Gas University with a specialization in “Organization and Production Management” in 1999. In 2000, he successfully completed his studies under the program for training management personnel for organizations of the national economy of the Russian Federation, implemented in accordance with the decree of the President of the Russian Federation No. 774 dated July 23, 1997. In 2005, he completed a course at the Developmental Training Center of air transport personnel of the Russian Federation Moscow State Technical University of Civil Aviation under the program «Management and Commercial Operation in Air Transport».

— Note of acknowledgement of the Minister of Transport of the Russian Federation. Order № № 223/н dated 27 February 2009;

— Medal of Ministry of Emergency Situations of Russia for “Salvation Fellowship”.